Grayson Allen already back to his old tripping ways (Video)

A leopard cannot change its spots, and this popular catch phrase apparently applies to one particular NBA player as well.

Grizzlies swingman Grayson Allen is known for his tripping ways, as he was involved in a number of plays of that regard playing for Duke in college.

And, well, it looks like tripping his opponents still exists in Allen’s playbook, as this play in the team’s most recent game, against the Hawks, shows.

JJ Watt calls out Texans for lack of effort 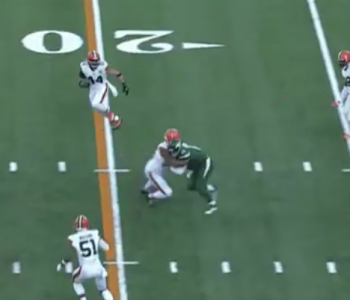