The Bears and Saints may not play against each other often, but emotions were running high throughout Sunday’s game.

Maybe it was the weather, or maybe it was the fact that both these teams are competing for division titles, but whatever the reason, the atmosphere in this Week 8 showdown made it feel like a playoff game.

Saints cornerback C.J. Gardner-Johnson was seen jawing with Bears players on various plays. At one point, he attempted to poke one of his Chicago counterparts in the eye, through the facemask. Well, Bears wide receiver Javon Wims wasn’t happy about it, so he decided to stand up for his teammate. At the end of the play that followed, Wims walked over to Gardner-Johnson and punched the Saints cornerback in the back of the head. He followed up with a few more punches, and a fight was officially on, with Janoris Jenkins jumping in — literally.

Wims was ejected from the game for his actions. 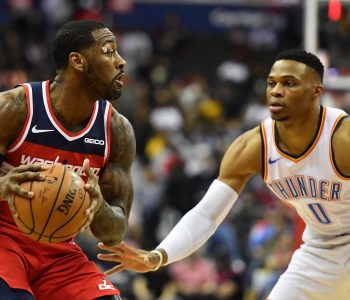