The Houston Rockets have been in playoff contention ever since they acquired the All-Star guard James Harden back in 2012. However, Harden and the Rockets have yet to secure a spot in the NBA Finals despite being close at one point.

But in today’s NBA a lot can change in very little time. Last week, Harden and his All-Star teammate Russell Westbrook have reportedly expressed concerns regarding the future of the franchise.

While Houston is automatically a playoff team with Harden and Westbrook on board, they believe their supporting cast of players, coaches, and front office personnel might not help the team compete for an NBA Championship — especially in a tough Western Conference.

As the future of the Rockets looks grim in the eyes of Westbrook, the former Oklahoma City Thunder superstar reportedly wants out. Harden didn’t share the same sentiment of his teammate at first as he reportedly told the franchise he’s locked in with them for next season.

But on Sunday, a report from ESPN’s Adrian Wojnarowski, Ramona Shelburne, and Zach Lowe state otherwise.

“As Houston Rockets star James Harden considers his uncertain future with the franchise, the Brooklyn Nets are rising to the top of his list as a possible trade destination, sources told ESPN. The idea of joining Kevin Durant and Kyrie Irving in Brooklyn is resonating with Harden, sources said.”

Harden, who spent the first three years of his career with the Oklahoma City Thunder, played alongside Kevin Durant for a few seasons. While he didn’t quite have the same star power then, the two formed and maintained solid chemistry on and off the court.

Now, Harden and Durant are considering the possibility of reuniting once again — except for this time, it would be with the Brooklyn Nets. Last season, Durant joined the Nets via free agency on a four-year deal.

While Harden doesn’t have the same freedom to pick and choose where he wants to go next, the superstar likely has enough power within the Rockets’ organization to demand a trade to a specific team such as the Nets. Ultimately, it will be up to the Rockets and the Nets to get a deal worked out. Whether that will happen or not remains to be seen. 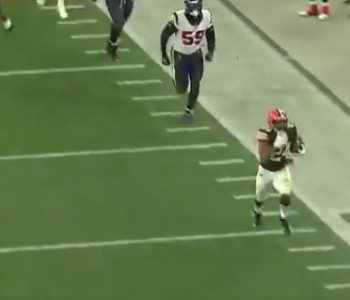