After having him on the trade block for the last couple of years, the New Orleans Pelicans have finally moved veteran guard, Jrue Holiday.

New Orleans wasn’t in a rush to move Holiday. After all, he’s well-respected within the organization and has spent a majority of his eleven-year career there. As Holiday ages and the Pelicans get younger, though, NBA teams began to realize the Pelicans could look to move on from the talented veteran.

Therefore, teams began reaching out this offseason. Fielding calls from at least ten teams this year, the Pelicans’ front office realized the demand for Holiday was high. So, snagging the 30-year-old guard in a deal wasn’t going to come cheap.

For a while, it seemed the Denver Nuggets were the favorites to land Holiday. As they look for a final star to add into the mix to compete for next year’s championship, the Nuggets believed Holiday could be the player that gets them over the top.

Unfortunately for Denver, the Pelicans had no interest in sending their starting guard to a Western Conference team. That was good news for the Milwaukee Bucks, who are in the same position as the Nuggets.

Although the Bucks had the advantage of being an Eastern Conference team, they didn’t get Holiday with a discount. In order to acquire the veteran, it costed Milwaukee Eric Bledsoe, George Hill, and three first-round draft picks for the future.

Now, the Pelicans receive two experienced veterans to help them compete right now in addition to three future assets. Meanwhile, the Bucks get an instant starter to insert into their already talented lineup. Holiday’s addition helps Milwaukee get back into championship contention once again next season while showing Giannis Atnetokounmpo that they are an organization committed to building around him and giving them the best chances to win. 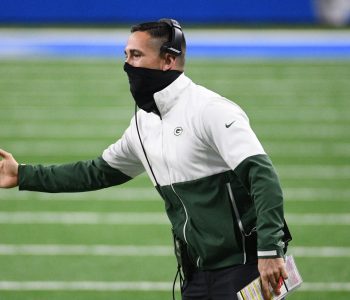