Could Sam Darnold return as Jets QB in 2021?

It’s been assumed that the Jets will move on from Sam Darnold, given that they have the second overall pick in the draft, and it would be wise to receive some draft capital in return via a potential change.

However, Darnold does give the Jets the benefit of having a quarterback playing on a rookie deal, which provides them with plenty of salary cap flexibility. And they could still draft a young signal-caller to play behind Darnold, who will be playing on the final year of his rookie contract.

There have been some conflicting reports about whether or not the Jets will bring Darnold back, especially since ESPN’s Adam Schefter appeared on “SportsCenter” and stated that the plan for the Jets would likely to include having the No. 3 overall pick on their roster in 2021.

But not everyone is necessarily sold that’ll be the case.

The Jets are rebuilding, and it would make sense to trade Darnold to accumulate more draft picks, but maybe they wanna give their quarterback one more year, to see what they have in him. 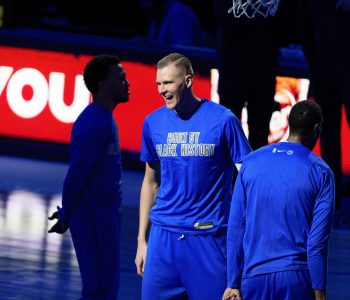